The Return Of A Legend: Honda UK Announces Details For All-New NSX 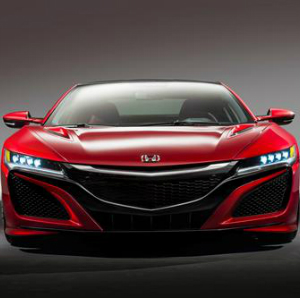 Following the clamour and excitement of its official launch in the US, Honda UK today announced further launch details for the all-new Honda NSX with prices starting from approximately £130,000.

Honda has confirmed that Europe will be the leading export region for sales of NSX, and will be sold through a limited network of authorised dealers in key European locations.  Deliveries of the first NSX in Europe are to commence during Autumn 2016.

Specifically created to bring a “New Sports eXperience” to the supercar segment, the NSX challenges prevailing beliefs about supercars as much as the first generation did a quarter of a century ago. The NSX features classic low and wide proportions married to modern and alluring surfacing, an aggressive front design, and rear lights.

At its heart is an all new longitudinally mounted twin-turbo V6 engine that is mated to an all-new, Honda developed 9-speed DCT with an electric motor that applies its torque directly to the crankshaft for higher output with immediate power delivery to the rear wheels.

The NSX will be manufactured exclusively at the Performance Manufacturing Centre (PMC) in Marysville, Ohio, where approximately 100 highly-skilled low-volume production specialists will conduct full body construction, paint, and final assembly.