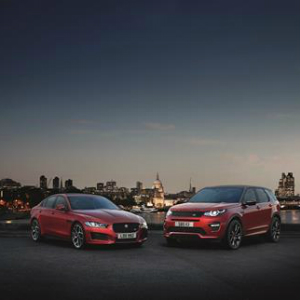 With the introduction of business-friendly models, including the XE and XF with CO2 from as low as 99g/km, Jaguar UK saw fleet sales grow by 194% from Q1 2015 to Q1 2016. Land Rover UK’s performance in Q1 2016 was so strong that one-in-three fleet cars sold in sectors the brand competes in was a Land Rover. The figures only include fleet sales classified as B, F or K by the SMMT*.

Jeremy Hicks, Jaguar Land Rover UK MD, said: “Our Fleet & Business 2015 results are fantastic and prove we have an effective formula in place; we have desirable and sector appropriate cars, efficient Ingenium engines and class leading total cost of ownership – together, these factors deliver a compelling proposition for Fleet Managers to add Jaguar Land Rover to their fleet lists. With this formula in mind, and with an ever expanding range of stunning Jaguar and Land Rover vehicles on the horizon, I’m confident that there’s plenty more fleet growth to come.”

Fleet sales for 2016 are already on track to be the best yet, with a full-year of Ingenium-powered XE and XF sales, and the arrival of Evoque Convertible and F-PACE. Already the best-selling Jaguar ever, one-in-six F-PACE sales is predicted to go to the fleet sector. Jaguar Land Rover predicts that its fleet sales in 2016 will grow by 50% compared with 2015, with further double-digit growth through to 2020.

“Our Q1 2016 sales are a great example of the fleet-suitability that many of our new vehicles have. We’ve really disrupted a market that has been traditionally dominated by three or four brands by introducing extremely desirable cars that represent real-world value for money. We are strategically aiming to balance volume of sales against maintaining strong residual values which is a core buying decision for our existing and future customers.”

At the heart of Jaguar Land Rover UK’s fleet and business sales successes this year are the technologies that underpin the range. The aluminium-intensive construction, ultra-efficient Ingenium engines and low ownership costs have ensured there’s both a financial and an emotional reason to opt for a Jaguar or a Land Rover.

As well as a £3bn investment in facilities and new models in 2015, Jaguar Land Rover UK has also significantly invested in the corporate sales structure. A dedicated field-based sales team has been introduced across 50 Jaguar and Land Rover retailers supported by a further 22 people and led by five senior-level managers responsible for fleet and business sales.