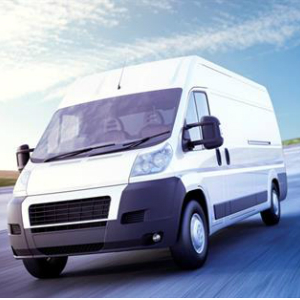 The van and its driver are vital to the UK economy with more than 4 million of them on the road according to the FTA Logistics Report 2016, which shows the dramatic shift in the way the public shops; by the end of 2015, retailers predicted they would be delivering more than 860 million parcels to UK homes – thanks to the e-commerce explosion.

FTA’s statistics have been supported in the latest Department for Transport (DfT) Road Traffic Estimates which showed that van traffic grew faster than any other vehicle type in the UK, and currently covers around 48 billion miles in 2015.

Mark Cartwright, FTA Head of Vans said:  “If ever there was a need for evidence to support how vans power our daily lives, the latest DfT figures provide it.  There are now over 4 million vans on UK roads, covering more miles than ever before, and their numbers are growing at a rate faster than any other type of vehicle.

“This is further confirmation of the humble van’s importance to the UK’s economic activity. It’s been recognised for a while that there is a clear correlation between UK GDP and van ‘traffic’ but we’re now seeing the growth in ‘van traffic’ outstrip economic performance,primarily due to internet shopping and entrepreneurial activity.”

The importance of vans has been the focus of the FTA Van Excellence Operational Briefings sponsored by Mercedes-Benz Vans, along with how seriously operators should consider safety and compliance in their day-to-day work.

Mr Cartwright added: “It is important for van operators to take safety and compliance seriously if they want to continue enjoying the operational flexibility vans provide. Self-regulation is the key to stopping moves to impose ‘truck-like’ legislation across van fleets. Van Excellence provides a very straightforward route for operators to adopt industry best practice and become an Accredited Operator.