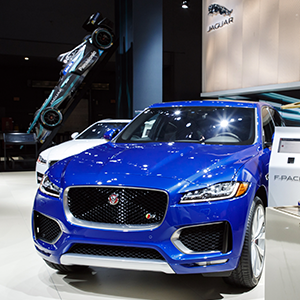 Having been crowned a double World Car of the Year winner in New York just weeks ago, the Jaguar F-PACE is bringing its trophies home, with a starring appearance at the London Motor Show from 4-7 May.

These latest wins continue an incredible run of awards for the Jaguar F-PACE since its introduction in April 2016. As well as becoming the fastest-selling Jaguar ever, the F-PACE has collected more than 40 awards, including Women’s World Car of the Year, Auto Express Car of the Year and The Telegraph’s Best Premium SUV Award.

Jeremy Hicks, Jaguar Land Rover UK MD, said: “The Jaguar F-PACE is one of the greatest British automotive success stories and the fastest-selling Jaguar ever; fully developed and built in the UK, it’s managed to triumph over some of the world’s largest brands to win two World Car of the Year titles. It’s only right that the car and both of the trophies it won are displayed here in the UK at the London Motor Show for the whole nation to see.”

It is already the most searched Jaguar ever in the UK with 4.4 million unique page views of F-PACE content since launch and more than 680,000 people taking the time to configure their dream F-PACE online.

Jaguar’s first performance SUV is designed and developed in the UK and built at Solihull. The business invested £120m in its Solihull facility to build the F-PACE, part of a total £2bn investment in the plant and awarded £5bn of UK supplier contracts to support its production.

Engine options for the F-PACE range from the efficient and innovative four-cylinder 2.0-litre Ingenium diesel, with CO2 emissions as low as 126g/km to the high-performance 380PS, supercharged V6 petrol model that can accelerate from 0-62mph (0-100km/h) in just 5.5 seconds.

The Jaguar F-PACE, priced from £34,730 is available to order now at Jaguar UK retailers. 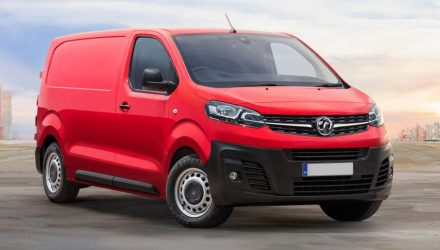