Jaguar To Celebrate Decade Of XF 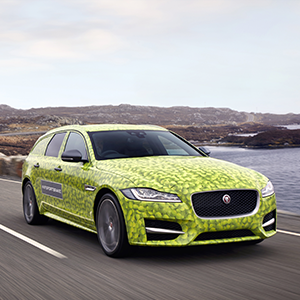 Jaguar will celebrate a decade of XF saloon production as it takes the wraps off the XF Sportbrake, its new lifestyle estate.

The new Sportbrake comes hot on the heels of a range of updates to the XF model. Earlier this year Jaguar Land Rover’s latest Ingenium engines were introduced to deliver improved efficiency, lower running costs and enhanced performance. Updates included the new 200PS and 250PS Ingenium petrol engines, as well as new convenience and safety features.

In 2016 the XF won the coveted Golden Steering Wheel – Germany’s top car award – being voted ‘Best Saloon’ in the Mid-Full-size category ahead of the Mercedes-Benz E-Class and Volvo S90.

Last year also witnessed the introduction of the long-wheelbase model in China, with enhanced rear comfort and Clear Exit Detection technology to warn passengers of passing traffic when exiting the vehicle.

The XF is manufactured at Jaguar Land Rover’s Castle Bromwich Plant alongside the XE, XJ and F-TYPE model lines.