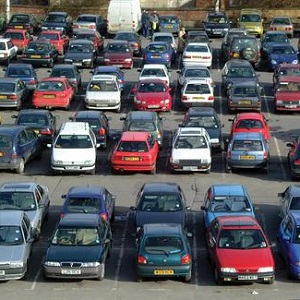 As the Scottish government prepares to publish its Transport Bill, due in the next few weeks, Transform Scotland has released a paper with suggestions including non-residential parking levies and a ban on pavement parking.

The Transport Bill is expected to focus on improving and encouraging greater use of public transport and an “important opportunity to start turning round” issues of congestion and pollution.

A Nottingham scheme that charges employers with more than 11 parking spaces are charged £402 per space a year, the proceeds being invested back into public transport initiatives.

Prof Tom Rye of Edinburgh Napier University’s Transport Research Institute said the Nottingham scheme had resulted in “significant” changes in behaviour, with a shift to public transport, walking and cycling, and had raised more than £25m.

Originally proposed in 2000 in Scotland, was ultimately dropped by the then Lab-Lib Dem coalition, however, Transform Scotland director, Colin Howden said: “We look forward to welcoming many of the measures expected to be included in the bill.

“However, we are keen that it be strengthened so that, unlike the earlier transport acts, this new transport bill provides effective powers to achieve a transformation in how our transport system functions.”