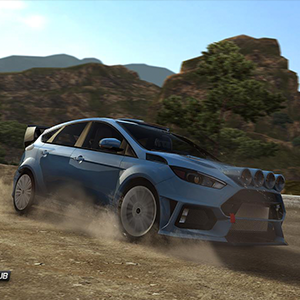 Twenty years ago, the first-ever Harry Potter novel was published, Dolly the sheep was introduced to the public and Steve Jobs returned to Apple Computers. These were just some of the momentous occasions that took place in 1997.

In addition to these significant events, in the June of 1997 the world was introduced to a video game that would change the landscape of racing games forever; V-Rally.

Developed by Eden Games (or Eden Studios as it was known back then) and published by Infogrames, V-Rally quickly became a flagship title selling over seven million units and grossing $200,000,000. Unlike other popular rally games of its time, V-Rally offered its players the unique opportunity to race directly against each other in the split-screen mode as opposed to racing against the clock. The game boasted ten different race locations and eleven official World Rally Championship cars, including four from the WRC class and seven Formula 2 Kit Cars.

To mark the twenty-year anniversary of V-Rally, Eden Games has come up with its favourite rally cars featured in the three iterations of the game.