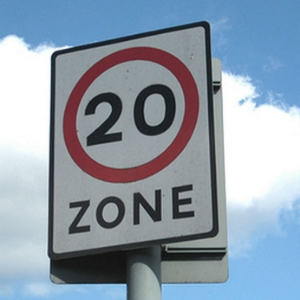 IAM RoadSmart says it is unconvinced of value of the decision by City of Edinburgh Council to impose a 20mph speed limit on the vast majority of the capital’s streets as of Sunday (31 July).

The multi-million pound scheme is the first of its kind in Scotland and will affect more than 80% of the city’s roads.

Neil Greig, IAM RoadSmart policy and research director, said: “It’s a blanket approach. On some streets, 20mph is a speed that you might aspire to rather than need to limit yourself to. But there are others where it looks and feels safer to go over 20, and that’s potentially confusing because drivers take their cue from the environment.

“If you look at the evidence, what seems to work is measures like speed bumps and narrower roads. Covering whole areas in one 20mph limit and putting up some signs is a cheap way to do it. We’d rather see investment made in dealing with the streets where there will be the most benefit.”

What do you this is the best way to tackle road safety in cities? Is a blanket rule the way to go or does each road need to be approached individually? Let us know your thoughts in the comments below.