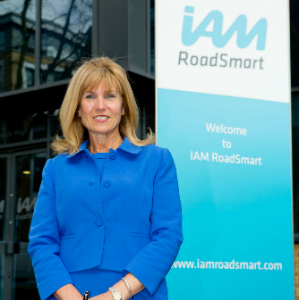 The UK’s leading independent road safety charity IAM RoadSmart has announced it will be moving its head office from Chiswick to Welwyn Garden City at the end of the year. The move will be a gradual process over the coming months, with front-facing operations relocating to the new site first.

IAM RoadSmart, which until April was known as the Institute of Advanced Motorists, made the decision at the start of the year to move out of its current offices in Chiswick and seek accommodation away from the capital.

Having investigated many possible locations in the south-east, it settled on Albany Place near the town centre of Welwyn Garden City, Hertfordshire.

Sarah Sillars,(Pictured) IAM RoadSmart chief executive officer, said: “As a charity it is important for us to make the best use of our resources to achieve our goals – to improve road safety in the UK by making better drivers and riders. Relocating will free up vital assets for us to achieve more than ever before.

“Albany Place gives us  flexibility to expand, with great links to London via the railway network and instant access to the rest of the country from the nearby motorways. We are looking forward to becoming a part of the Welwyn Garden City community and invite expressions of interest from residents looking for their next career move.”

IAM RoadSmart celebrates its 60th anniversary this year. During this time more than half-a-million people have taken its advanced driving and riding test.