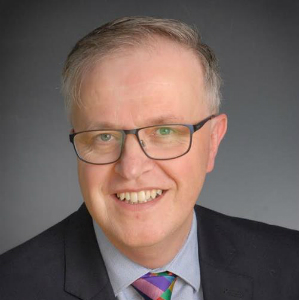 A debate on the need for decent parking facilities for lorry drivers – held yesterday in the House of Commons, has been applauded by the Freight Transport Association.

In particular was the recognition by Minister of State for Transport who called for the provision of suitable areas for drivers to stop.  Rt Hon John Hayes MP, described the lack of HGV parking facilities as “a national problem that requires the Government, local authorities and industry to work together.”

Mr Hayes stated:  “HGVs are vital to the economy. They carry what we need to where we need it, and take what we make, grow and fashion to those elsewhere who want to buy it.”

The Minister announced that he will be setting up a roundtable on the HGV parking problem to include truck stop operators and the freight industry.

Responding to the discussion, FTA’s Chief Executive – David Wells (Pictured) has written to the Minister outlining the importance of provision of suitable parking facilities for lorry drivers.

Mr Wells said:  “This is a key issue for FTA members who believe the lack of suitable places to take their rests and breaks is contributing to the ongoing shortage of drivers, making it more difficult to attract new entrants to the industry.

“Decent parking facilities providing basic needs for lorry drivers are vital.  HGV drivers are legally required to take regular rest breaks.  There are insufficient truck stops located where they need them, and even where they do exist availability of spaces can be a problem.

“It is important to recognise driver preference for lorry parking facilities which provide basic needs together with security on site, so that they can feel comfortable and safe.”

FTA previously welcomed recent provisions in lorry parking, but stated that there are still significant gaps on the UK roadnetwork where there are simply not enough areas for drivers to take their break which are determined in law and driver’s hour’s regulations.