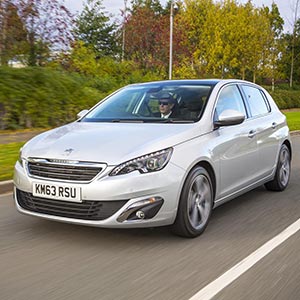 Peugeot are introducing a third production shift in response to high demand for the 308.

Since Autumn launch, more than 60,000 European orders for the 308 have been placed, while the SW estate variant goes on sale in summer.

Peugeot have responded by introducing a third night shift at their Sochaux plant, which will create 600 new jobs and begin on June 2.

It will see output boosted to 1,563 units per day.

The soon-to-be-launched 308 SW will be available in a choice of four petrol and five diesel engines at launch.