HMI Reverberates Into The Thunder Zone 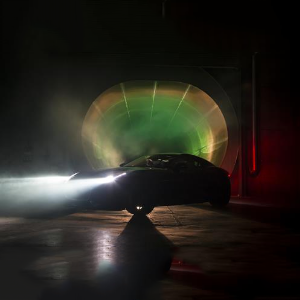 In a world exclusive, the legendary Lister Motor Company will be launching its fastest, most powerful and most luxurious supercar at next month’s Historic Motorsport International, staged at London’s ExCeL from 15-18 February.

The soon-to-be unleashed Lister Thunder will have a top speed in excess of 200mph and blistering 0-62mph acceleration in just over three seconds. Potential purchasers will need to be quick off the mark, too, as just 99 models will be built.

Founded by businessman/racer Brian Lister back in 1954, Cambridge-based Lister has always had strong competition ties to Jaguar. Its iconic Lister-Jaguar sportscar – an aluminium bodied racer powered by a Le Mans-winning Jaguar D-type 3.4-litre, straight-six engine – enjoyed notable track successes when raced by Stirling Moss among others in the late fifties and, more recently in 2000, the Lister Storm employed Jaguar V12 power to win the FIA World GT Championship.

Harking back to that illustrious racing heritage back, the eagerly-anticipated Thunder is based on the current Jaguar F-type. While the new car’s full specification remains secret until its reveal, to whet appetites Lister has confirmed that power from the showroom model’s supercharged 5.0-litre V8 has been increased to 666bhp.

“We are delighted that Lister has chosen HMI to unveil this incredible sounding Thunder,” enthused event director Alexia Antikides. “For a British company so steeped in motor sport pedigree, there couldn’t be a better place to launch such a race-bred roadster than the capital’s premier show dedicated to classic motor sport.”

“We came to HMI last year and it was one of the very best shows we have ever attended – we sold a car for more than a quarter of a million pounds whilst on the stand!” said an understandably delighted Lawrence Whittaker, CEO of the revitalised Lister Motor Company. “That is why we have chosen this year’s follow-up event to launch the Lister Thunder, which will mark the first car from our revised Jaguar tuning programme.

“Like Brabus with Mercedes and Alpina with BMW, we are hoping to become synonymous, once again, with tuning Jaguar vehicles, giving customers new enhanced bespoke performance and design alternatives. Lister has a Jaguar tuning heritage dating back 60 years and the new Lister Thunder is the fastest and most powerful Lister ever created with a 208mph top speed and 0-60 time of 3.1 seconds. We can’t wait for the world to see it!”

Lister’s high-profile Thunder launch will be one of many highlights – others include an important Coys auction of sports, sports racing and competition cars plus the Supagard Theatre where many well-known motor sport luminaries will be interviewed over the four days. Among a host of famous faces already confirmed are Nigel Mansell CBE, the 1992 FIA Formula One World Champion plus renowned motoring TV personalities Vicki Butler-Henderson and Quentin Willson.

Tickets for HMI are currently on sale, with significant discounts on offer for those booking in advance. If purchased now, adult admission costs just £25 (£30 on the door) and a range of upgraded Premium and Family Tickets are also available online.