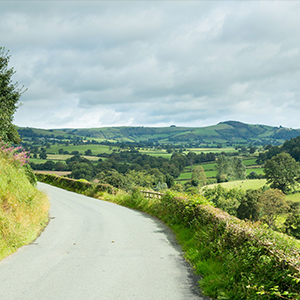 An increase in the number of vulnerable road users being killed on Britain’s roads shows a need for a renewed push for safety, according to the Royal Society for the Prevention of Accidents (RoSPA).

Figures released today (Thursday, September 28) show that 1,792 people were killed in 2016 – the highest number of deaths since 2011. Many of these involved vulnerable road users, with pedestrian deaths up by 10 per cent to 448, compared to 2015, and cyclist deaths up by two per cent to 102.

RoSPA would also like to see greater promotion of the benefits of driving at 20mph in built-up areas, where there will be children walking or cycling to school.

Nick Lloyd, RoSPA’s road safety manager, said: “When there’s an increase in traffic with economic growth, generally casualty statistics do tend to go up, but this in no way justifies these shocking figures.

“Britain traditionally has one of the best road safety records in the world, but we must focus our efforts through effective education, engineering and enforcement if we are to make our roads safer for pedestrians and cyclists.

“These statistics demonstrate the need for motorists to be extra vigilant when travelling during school-run hours – young children can be impulsive, so there is a need to be constantly aware of what’s happening around the car. More than 90 per cent of road crashes involve human error, which demonstrates the need for drivers to concentrate at all times, watch their speed, and avoid distractions.

“We also urge parents to kit their children out in high-visibility gear for the school journey, especially as the nights are now drawing in.”

The statistics also show the need for the Government to look again introducing Single/Double Summer Time (SDST), with which we would have an extra hour of daylight in the evenings, for the afternoon school run.

One piece of encouraging news in the Department for Transport figures is that the number of motorcyclists killed is down by 13 per cent from 365 to 319, despite an increase in the amount of motorcycle traffic, demonstrating that motorcycle safety messaging is having a positive effect.