Golf And E-Golf Are Winners With Carbuyer 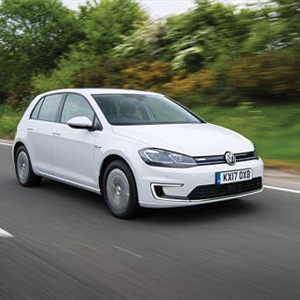 The Volkswagen Golf today has two more titles to its name with the news that the brand’s best-seller is now ‘Most Innovative Car’ according to consumer title Carbuyer and sister technology title Alphr, while the newly updated e-Golf is ‘Best Electric Car’ according to Carbuyer.

The brace of important award wins comes as today’s updated Volkswagen Golf continues to underscore its appeal in the UK market with consistently strong sales – Golf was the UK’s second best-selling model in October and is also second most popular choice year-to-date*.

Comprehensively updated earlier this year with a revised design, new engine options, and new infotainment systems, the Golf was Carbuyer’s standout candidate for its flagship Most Innovative Car title.

Editor of Carbuyer Stuart Milne said: “As a masterclass in well judged technology that’s relevant, helpful and well priced, the Volkswagen Golf is impossible to fault.

“It was rated highly in every section tested. All the Golf’s systems are easy to use, the sat nav is wonderfully clear – particularly on models with the brilliant Active Info Display digital readout – and its autonomous features are up there with the best.

“What really impressed was the way the Golf democratises these ‘big-car’ features in a relatively affordable and very desirable package, which is why we’ve named it as the most innovative car.”

Meanwhile of the e-Golf, victorious in Carbuyer’s electric car class, Stuart said: “If you’re looking for a stylish, well built, upmarket and practical electric car, the Volkswagen e-Golf really must be at the top of your list.

“It offers the same straightforward, proven, high-quality appeal as conventional Golfs; the only difference is a driving range determined by the charge in its batteries, not how much fuel is in the tank. Interior space is plentiful for passengers and luggage. Most impressively, the e-Golf’s official range is 186 miles, which is more than many of its rivals.”

The Carbuyer Best Car awards are driven by the website’s popular Best Cars section. They’re underpinned by what the title describes as its relentless analysis of every new car on sale today.