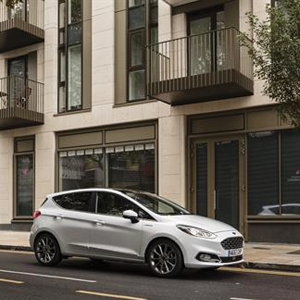 As the all-new Ford Fiesta passes its 25,000th sale, Britain’s best-selling car has further underlined its popularity by carrying off coveted titles including Carbuyer’s Car of the Year, BBC TopGear magazine’s Supermini of the Year and Best Budget car at the Women’s World Car of the Year awards.

These successes come hot on the heels of What Car? magazine’s award for the outgoing Ford Fiesta Best Small Car in its Used Car of the Year Awards.

Announcing car-review website Carbuyer.co.uk’s Car of the Year, editor Stuart Milne said: “It is Britain’s favourite car year in, year out, and the latest Ford Fiesta is the best yet. It looks great inside and out and packs plenty of big-car features into its compact dimensions. Buyers can choose from tremendous audio upgrades, autonomous driving features and levels of luxury in the top-spec Vignale, – unthinkable a few years ago.

“The new Fiesta boasts more interior space and safety kit than ever before, plus it is a fantastically fun car to drive. With attributes like this, it is no wonder we have named the new Ford Fiesta Carbuyer Car of the Year 2018.”

Fiesta engineer Robert Stiller, who collected the Carbuyer award, said: “After eight years as UK best seller, expectations were high for the new Fiesta. To win Carbuyer Car of the Year half-way through its launch is an accolade for the whole Fiesta product development team. We have further models coming next year in the rugged Active and hot ST models – hopefully UK car buyers will love those just as much.”

The BBC TopGear magazine award for Fiesta describes its Supermini of the Year as having “big-car behaviour, still with classic small Ford agility and poise, and ultra-keen engines with spot-on gearboxes”.

Another recognition for the new Fiesta came from the Women’s World Car of the Year panel, which voted Ford’s favourite their Best Budget Car. The 25 female car experts from 20 countries picked the Fiesta as a clear winner from 10 finalists.

“We congratulate Ford on a decisive win for the Fiesta, a win that was never in doubt,” says Sandy Myhre, Women’s World Car of the Year panellist. “Fiesta was such a consistent nomination among our judges that it scored highly in our Supreme category too, with more votes than high-end models including the Aston Martin DB11 and Range Rover Velar.”

What Car? has listed the sportiest new Fiesta as one of the most anticipated cars of 2018. The last Fiesta ST has been What Car?’s Hot Hatch of the Year every year since 2013. Its 200PS successor is among the top newcomers of 2018.

Meanwhile What Car? named the outgoing Fiesta Best Used Small Car and Best Used Hot Hatch, saying: “Its comfort matches that of much larger cars, yet it handles more like a hot hatch than a humble shopping car. Overall, it’s a delight to drive. The Fiesta’s popularity means there are lots of them around and, consequently, plenty of good buys to be had.”

The all-new Fiesta range has been on sale since July, with ST-Line and range-topping Vignale now also available. The rugged Fiesta Active crossover and hot Fiesta ST join by summer.