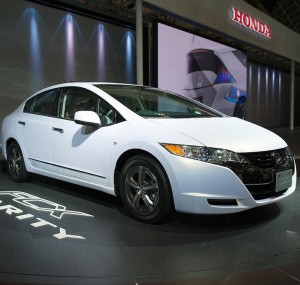 The two automotive giants will work with stakeholders to further advance refuelling infrastructure by 2020, critical for the long-term viability and consumer acceptance of fuel cell vehicles.

Both world leaders in fuel cell technology, GM and Honda filed a combined 1,200 patents between 2002 and 2012.

Dan Akerson, Chairman and CEO of GM, said: “This collaboration builds upon Honda and GM’s strengths as leaders in hydrogen fuel cell technology.

“We are convinced this is the best way to develop this important technology, which has the potential to help reduce the dependence on petroleum and establish sustainable mobility.”

Takanobu Ito, President and CEO of Honda Motor Co. Ltd. said: “Among all zero CO2 emission technologies, fuel cell electric vehicles have a definitive advantage with range and refuelling time that is as good as conventional gasoline cars.

“Honda and GM are eager to accelerate the market penetration of this ultimate clean mobility technology, and I am excited to form this collaboration to fuse our leading fuel cell technologies and create an advanced system that will be both more capable and more affordable.”

GM’s Project Driveway program, launched in 2007, has accumulated nearly three million miles of real-world driving across a fleet of 119 hydrogen-powered vehicles – more than any other automaker.

Honda began leasing the Honda FCX in 2002, deploying 85 units in the U.S. and Japan, including its successor, the 2009 World Green Car winner FCX Clarity.

They have collected valuable data concerning real-world use of fuel cell electric vehicles.

Honda plan to launch the successor of FCX Clarity in Japan and the United States in 2015, before it reaches Europe.

GM will announce their fuel cell production plans at a later date.

Vehicles can operate on renewable hydrogen made from sources like wind and biomass, with the only emission being water vapour.

Additionally, fuel cell vehicles have up to 400miles’ driving range and can be refuelled in as little as three minutes

Image courtesy of exo_duz, with thanks.