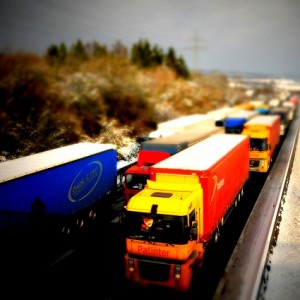 The Freight Transport Association (FTA) are joining forces with several organisations to urge the European Parliament to support a review of lorry dimension rules.

Discussions are currently taking place in the European Parliament on the revision of the EU Weights and Dimensions Directive 96/53.

They would also allow for new aerodynamic devices which would improve fuel consumption – reducing carbon and local air quality emissions as well as cutting costs.

The FTA joined with the European Cyclist Federation, the Federation of European Pedestrian Associations, the Mayor of London and others in signing a declaration calling for support.

James Hookham, Managing Director of Membership and Policy at the FTA, said: “Allowing cabs to be redesigned to improve direct visibility and for aerodynamic features to be added to trucks is the best way to improve safety and emissions.

“This has to be achieved without reducing payload to avoid requiring more journeys to be made that would result in more congestion and emissions.

“There has been a campaign of misinformation by some pro-rail groups suggesting that the revisions to the Directive would allow much larger vehicles to enter the UK.

“This is irresponsible scaremongering and a simple check of current government policies would reveal that there are no such intentions.

“This has distracted time and attention from the real issues at stake and the opportunity to ‘design-out’ many of the blind-spots on large vehicles that arise from the need to meet EU dimension requirements and design-in better aerodynamics without loss of capacity.”

The first vote on the issue is scheduled in the European Parliament on February 11.

There will be no final agreement until at least the end of 2014.

Image courtesy of Liquid Oh, with thanks.