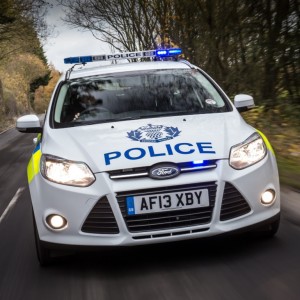 Ford are to supply 124 Focus and 58 Transit Custom models to Police Scotland after winning the maiden fleet contract for the newly-unified force.

Established in April 2013, Police Scotland are the second-largest force in the UK after the Metropolitan Police, enforcing an area of 28,000 square miles.

The new Ford order boosts their total fleet size to 3,500.

Tony Chalk, Transport Manager at Police Scotland, said: “We chose from vehicles approved by the National Association of Police Fleet Managers and after evaluation of the whole-life costs of the various models available, Ford won the contract.

“The creation of Police Scotland has meant the centralisation of all purchasing for the police across the country, which improves standardisation and helps to reduce costs.”

Terry Adams, Direct Sales Manager at Ford, added: “From the production line the Ford vehicles are sent to our ‘one-stop shop’ facility, Ford SVP, in Essex, where they are stripped and equipped to the force’s requirements – everything from livery, sirens and blue lights through to specialised equipment – and then they are delivered to the customer ready for action.

“Ford has supplied vehicles to the various regional police forces across Scotland for many years, and we welcome the opportunity and benefits offered by the centralised purchasing decisions.”