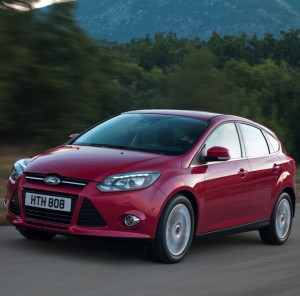 LANDMARK: One million Focuses for Europe

The vehicle – a Candy Red five-door equipped with the 1.0litre EcoBoost engine – rolled off Ford’s production line in Saarlouis, Germany.

Launched in Europe in 2010, the new Ford Focus is the best-selling nameplate globally.

Barb Samardzich, Chief Operating Officer at Ford of Europe, said: “The Focus is a great-to-drive family car with the versatility to suit the needs of a huge range of customers.

“Last year, we launched the zero-emission Focus Electric to complete a full line-up that includes the 250PS Focus ST.”

The manufacturers are set to introduce a new version of the Focus this month, powered by the 1.0litre EcoBoost petrol engine.

This new model will be the first petrol-powered family car in Europe to offer just 99g/km CO2 emissions.