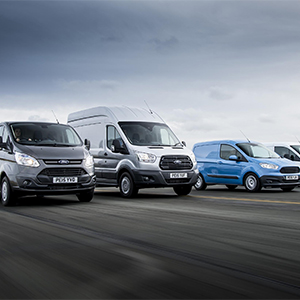 Ford total vehicle sales and share increased in June, compared with June 2014, stretching its sales lead over its nearest competitors and notching up the best June sales for Ford for more than 25 years.

According to the official June sales figures from the Society of Motor Manufacturers and Traders (SMMT):

Andy Barratt, Ford of Britain chairman and managing director, said: “I am delighted that, as the UK market records its 40th consecutive month of growth, we have consolidated and extended our long-standing UK market leadership.

“We have invested consistently in exciting products and industry-leading technologies that are delivered through the strongest UK dealer network.  Our extended CV range is providing outstanding sales results and the roll out of new models includes C-MAX, S-MAX, Galaxy, Mustang and Mondeo Vignale.”

The Ford Fiesta is in its seventh year as the UK top seller and in June it secured 12,543 registrations, up from 11,213 in June 2014.  The broad customer appeal of Ford’s car range is demonstrated by Fiesta, B-MAX, Focus, C-MAX, Kuga and Galaxy all occupying top three places in their respective market segments in June and for the year to date.