Ford Makes it Easier to Stay Connected with Family, Friends and News 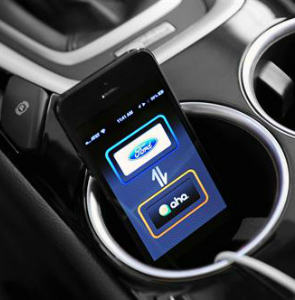 Ford is making it easier for drivers who wish to use social media while on the move, to keep their eyes on the road and hands on the wheel.

The Meople.Connector app, available for iOS and Android devices, will be introduced to Ford’s connectivity system SYNC AppLink to enable drivers to use voice-control to listen to messages from social media sites such as Twitter and LinkedIn.

The Reuters Institute Digital News Report 2015 shows that those aged 44 and under are most likely to get news online, including from social media.* By 2018 it is estimated that worldwide one-in-three people will be using social media.**

“For many people today, social media is fundamental to staying up-to-date and informed. From a reminder that it’s a friend’s birthday, to hearing the minute your football team scores a goal, to breaking news, social media is part of the fabric of modern life. By adding further news and personal communications, we are helping to ensure customers can stay seamlessly connected throughout their day in a safe and stress-free way,” said Don Butler, executive director, Connected Vehicle and Services, Ford Motor Company.

After drivers are alerted to messages, they can then use voice commands to “Read”, “Answer”, or “Skip”, the message. Should they choose to respond to the message, they can do so using pre-determined messages, which can be customised by the user. Drivers can select how often updates are received, and to send their current location to friends, family and colleagues.

“We worked very closely with Meople.Net to develop an experience that would allow drivers to stay connected while ensuring they remain focused on the road ahead,” Butler said.

Founded in 2012, Meople.Net is a California-based start-up offering a simple, powerful solution to combine a user’s social networks and social feeds into one stream. Meople.Connector is the company’s first app for a vehicle.  It is available in English, French, German, Italian, Spanish and Russian languages.

“Social has triggered a game-changing communications shift, with more and more people using networks to communicate. But people can’t be on every site at once, especially when driving. Meople.Connector enables drivers to access and respond to social communications with the same ease as making phone calls and sending text messages,” said Dzmitry Markovich, founder, Meople.Net

Ford will show in-car apps in operation at Web Summit, one of the world’s leading technology conferences, which takes place in Dublin Nov. 3-5. In addition, the company is inviting developers to take part in a 24-hour challenge to design apps for SYNC AppLink. Organised with Web Summit, the SYNC AppLink Developer Challenge Dublin, which starts at 09:00 WET, on Nov. 2, will give programmers a chance at £54,000 prize money and the opportunity to develop new apps with Ford. Teams have until October 31 to register athttps://dublin.makeitdriveable.com/.

The full list of UK apps can be found at http://www.ford.co.uk/OwnerServices/SYNC-and-Bluetooth-Support/SYNC-App-Link-Catalogue#/

Tell us your thoughts, is this a real leap forward in always staying connected? a useful tool for those on the road or a dangerous distraction?