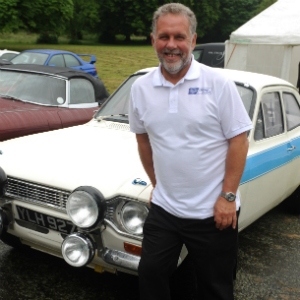 Well-known fleet industry personalities and motor sport fanatics are hoping to raise thousands of pounds for charity by competing in a European 24-hour kart race.

A team led by Mike Smith, joint managing director of Fleet Assist, is competing for the sixth consecutive year with industry colleagues Duncan Metcalfe, international remarketing manager at business mobility specialist Alphabet, and Alan Green, remarketing manager at leasing and fleet management company LeasePlan UK. The team is completed by Mr Metcalfe’s nephew William Metcalfe and friend Michael Heirman, both newcomers although William has been a member of the pit crew for the past five years.

The 24-hour event held over the weekend of July 16th and 17th will takes place at the Alain Prost Circuit next to the Porsche Curves at the famous Le Mans race circuit in France.

The teams will be raising money for the Bromsgrove-based Rees Foundation, which was officially launched in October 2014 and supports young people and adults who have had foster care or residential care experience to have opportunities in life and maximise their potential.

Competing against a host of professional teams, the race promises to be no ‘walk in the park’ as it is the European round of the Teeside Karting Championship, which traditionally attracts some of the best kart drivers in the UK.

Mr Smith, who holds an international rally licence and has a lengthy motor sport career behind him, said: “During the race we will each complete several two-hour stints behind the wheel and when you are nearer to 60-years-old than you are to 50, a number of hours in a kart capable of speeds up to 70 mph is physically very demanding. Last year we covered more than 1,000 miles at race speed in the 24 hours: the equivalent of Land’s End to John O’Groats and back to Glasgow, in a kart!”

However, he added: “It is all in an extremely worthwhile cause. It is a young charity and is involved in some wonderful work, but needs as much support as possible. The teams are fully funding all event costs so every penny donated will go straight to the Rees Foundation.”

Fleet Assist has business partnerships with a significant number of the UK’s leading contract hire and leasing companies collectively operating some 700,000 vehicles. It provides clients with a nationwide network of more than 8,000 service outlets which undertake service, maintenance and repair work on vehicles supplied to customers across the UK.

Donations can be made via Mr Townsend’s Just Giving page at:  https://www.justgiving.com/Keith-Townsend1.