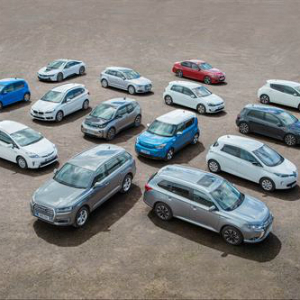 The number of active fleet management systems deployed in commercial vehicle fleets in Australia and New Zealand was almost 0.7 million in Q4-2016 according to a new research report from M2M/IoT analyst firm Berg Insight.

Growing at a compound annual growth rate (CAGR) of 15.7 percent, this number is expected to reach 1.4 million by 2021. The fleet management market in Australia and New Zealand is today influenced positively by a number of market drivers including regulatory developments such as health and safety regulations, road user charges and electronic work diaries.

A wide variety of players serve the fleet management market in Australia and New Zealand, ranging from small local vendors to leading international solution providers. “Industry representatives however argue that the Australian fleet management space is actually not as fragmented as many other markets considering its size”, says Rickard Andersson, Senior Analyst, Berg Insight.

He adds that though there is a myriad of very small players, the fact that there are few players with large installed bases means that the overall market is indeed comparably consolidated in terms of market share.

“The top-10 players in Australia and New Zealand account for more than half of the active units on the market. Almost 40 percent is even represented by the top-5”, continued Mr. Andersson. Berg Insight ranks Teletrac Navman as the largest provider in Australia and New Zealand, having surpassed the milestone of 100,000 active units in the region in 2017.

Other major players on the market include EROAD, IntelliTrac, MTData, Smartrak and Coretex which are all based in the region, as well as international players including Verizon, Altech Netstar, Fleet Complete, MiX Telematics and Ctrack. “Ongoing M&A activity in the region adds to the consolidation of the market and the emergence of a limited number of dominant solution providers with above-average growth rates“, concludes Mr. Andersson. Fleet driver training ‘shouldn’t be a...

Average speed on the Strategic Road Network (SRN) in

The Government is set to introduce the option of

Fulda is launching the REGIOTONN 3, a new trailer