Too much choice, too much rubbish: Fleet operators suffering ‘app fatigue’, claim Chevin 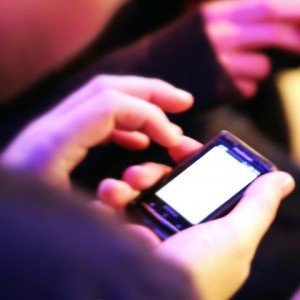 Fleets may be suffering from ‘app fatigue’, Chevin Fleet Solutions have claimed.

The fleet management software company claim there are hundreds of specialist apps on offer to decision-makers, but too few offer useful functionality.

They claim that the range of sub-standard apps from manufacturers, contract hire companies, daily rental providers and fuel card companies is astonishing.

Ashley Sowerby, Managing Director of Chevin, said: “In terms of software design, an app is quite a specific thing.

“It is really a solution designed for a common and simple yet important task that needs to be accessible while on the move.

“However, if you look at the range of apps that have been made available to fleets during the last few years, very few of them fall into this category and many offer functions that are probably better accessed through a web site or other internet platform.

“Too many appear to have been driven by the marketing department rather than by a genuine fleet need.”

Mr Sowerby added that general research suggests one in four apps are only ever used once by the person that downloads them.

“Our experience is that this level of acceptance is probably typical in the fleet sector,” he said.

“It is disappointing because ultimately, it creates scepticism about the possibilities that apps offer rather than allowing them to be recognised for the advantages that they bring – speed, portability and a very direct kind of functionality.”

The software is designed to be used with the company’s FleetWave fleet management system and works on Android and Windows smartphones and tablets.

An Apple iOS version is also in development.

The app can be adapted to the needs of individual organisations to gather fleet or other operational information using manual input, QR codes, bar codes or pictures.

It does not have to be online to capture data – information can be stored and then uploaded later on.

“We have waited a long time to launch an app but we wanted to ensure that we came up with something that genuinely made use of the technology available to offer something to customers that they would find really productive and useful,” added Mr Sowerby.

“Certainly, we have had many conversations in the last few years about whether we should have launched an app earlier, really just for the sake of having one, but we are sure that we have followed the right path by concentrating on functionality first.”

Image courtesy of philcampbell, with thanks.