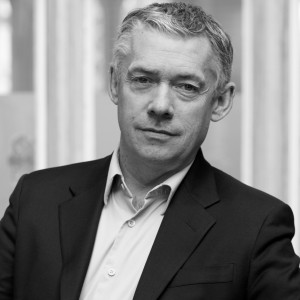 Developing and wheeling out cars that completely drive themselves is an ambition which faces enormous challenges, an expert has claimed.

Martin Leach, Chairman of Magma Group, the automotive services provider, claims that while the technology is no longer science fiction, the mission for autonomy remains thankless.

“We have the viable technology and there have been a number of trialled applications,” he said.

“The big challenge is bringing it to market.

“There will be a degree of resistance from the public initially, particularly when it comes to trusting the technology at high speeds.

“The biggest impact will be how the car socially repositions itself.”

The traditional concept of personal freedom to go anywhere when you want is already under threat from metropolitanisation, congestion and environmental issues, added Mr Leach.

In addition, he claimed, young people do not find cars quite so exciting as previous generations.

“There is an opportunity to place the car at the forefront of technology,” he added.

“The car that drives itself opens all sorts of opportunities, being able to multi-task on the way to work while the car automatically platoons in a high speed lane.

“Driverless delivery vehicles can be sequenced to make automatic deliveries at various times of day and night.”

Mr Leach said he believes it will be another ten years before autonomous cars take to the road, able to interact with ‘old’ technology vehicles.

He also claimed it will take at least 30 years for completely autonomous vehicles to become the norm, and believes the USA or Japan could emerge world leaders.

“The technology will also enable a lot of people – the elderly, disabled or blind who might otherwise not be mobile,” he said.

“Historically, technologies which exercise some sort of control have been slow to take up in the US because of the cost of litigation and settlement if something goes wrong, but then the driving environment in America, with its long straight roads, lends itself well to autonomous technology.

“In Japan there is a lot of density and congestion but there is also very good co-operation in terms of government policy, the road system and car manufacturers.

“China could be a possibility, but cars are still relatively new there and the emotional attachment people have to them now is more like what we were like in the ‘50s and ‘60s.”