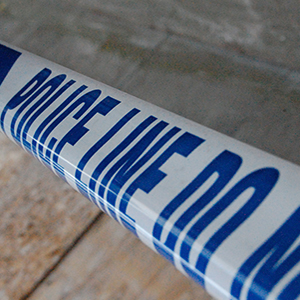 A Preston-based building firm has been fined £130,000 for safety failings after a van reversed into and killed a worker.

Carl Green, 45, a painter from Chorley, was struck outside the entrance to the Odeon Cinema, Ashton-on-Ribble, in July 2010, when an employee of EMC Contacts Ltd attempted to reverse and park up.

Mr Green, who was working with colleagues on a five-week project to fit a new coffee shop in the cinema’s foyer, was hit while crossing behind the vehicle.

The father-of-one died from his injuries before reaching hospital.

During an eight-day trial, Preston Crown Court heard the company did not have any control measures in place to keep vehicles involved in construction work away from pedestrians outside the cinema.

As a result, Health and Safety Executive (HSE) investigators claimed, both workers and members of the public had been put in danger.

The company had written a method statement for the work, which identified the risk of pedestrians being injured by vehicles as a main hazard.

However, they failed to state what measures should be taken to reduce or eliminate the risk.

“Carl Green tragically lost his life because the company that employed him didn’t fulfil its responsibilities to ensure his health and safety.”

EMC Contracts Ltd, which has since been put into voluntary liquidation, was found guilty of two breaches of the Health and Safety at Work etc Act 1974.

Susan Ritchie, Inspector at the HSE, said: “Carl Green tragically lost his life because the company that employed him didn’t fulfil its responsibilities to ensure his health and safety.

“The work at the cinema was carried out during the school holidays – at a time when children and their parents would have been watching the summer blockbusters.

“Despite this, EMC did not take any action to ensure its vehicles operated safely on the paved area in front of the cinema, therefore putting members of the public and its own employees in danger.

“There were numerous measures the company could have implemented to either eliminate or reduce the risk of collision, such as prohibiting vehicles from reversing or avoiding using its vehicles outside the cinema entrance altogether.

“These measures could have been implemented with little cost but the company still failed to act.