Racking up 12 points doesn’t always signal a driving ban…but why? 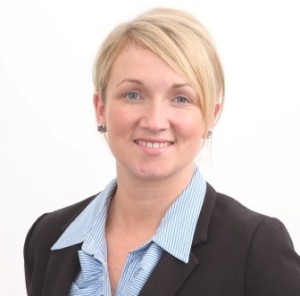 In our latest Expert Blog, Natali Farrell, of Just Motor Law, explains how some drivers are still legally on the road despite having more than 12 points on their licence…

According to latest figures released by the Driver and Vehicle Licensing Agency (DVLA) courts are showing leniency towards thousands of motorists who rely on their driving licence for their living such as sales representatives, rural workers, long distance commuters or HGV drivers, taxi drivers and couriers.

In November 2013 there were 7,293 UK drivers with 12 points or more who avoided what would otherwise have been a six-month disqualification – 84% were male drivers.

The second highest tally is 36 points by a 58-year-old male driver from Warrington.

The data reveals 2,317 motorists have even more points than the traditional ‘automatic ban’ threshold, including 1,183 on 15 points or more.

The vast majority of the exceptions are on the 12-point limit – 4,976 in total – indicating that magistrates are being swayed by a defendant’s solicitor arguing that disqualification would cause exceptional hardship.

Magistrates can use discretion to not enforce driving disqualification if it will cause exceptional hardship.

Losing your job and potentially penalising family members as a result fits into this category.

Other examples might be a child being deprived of contact with a divorced parent, a disabled or infirm dependent who requires regular transport or a business owner or employer who will suffer disproportionate additional expense from having to pay for extra staff.

In some circumstances, a court will not impose a ban if a business will be significantly affected by a key member of staff being banned.

Simply being inconvenienced by having to get a bus to work or walking the kids to school, however, probably would not persuade a magistrate to make an exception.

Some critics say solicitors are exploiting a ‘loophole’ – but this is not the case.

We are not bending or abusing the law, we are using it in a perfectly properly way in the best interest of clients.

The driver is not ‘getting off’ with breaking the law, they are being dealt with in a different but fair way.

Of course, those that depend on their driving licence to earn a living need to take extra care to protect their licences, rather than rely on either the expertise of motor law specialists or the discretion of magistrates.