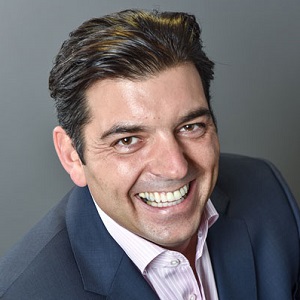 A large majority of fleet managers in the UK are shrugging off market concerns, as over half cite plans to expand over the next twelve months, despite Brexit being the top concern where business risk is concerned.

This current snapshot of a high level of agility around fleet that evidently exists in the UK is sourced from a regular take on the fleet management market coordinated by leading vehicle tracking device provider, RAM Tracking.

The poll is aimed at UK fleet managers, the majority of which oversee fleets of well over ten vehicles, and is designed to identify the level of success they are experiencing at the moment, denoted by their expansion potential and the role of technology-based tools and processes in helping them grow.

With 55% of UK fleet managers seriously considering expansion over the next 12 months, confidence in their prospects and capabilities is clear – and a great indication of the health of the fleet management process and its core role in business operations, today and well into the future.

Despite this, it is important to remain grounded in terms of the reality of the current political situation and the effect that this will have on this high confidence level – indeed, when asked to rank key concerns, the majority cited uncertainty around Brexit as their most pressing. Ongoing taxation issues were also ranked highly, an understanding point given the steep increases for the automotive sector that have been implemented recently.

“Taking the temperature of the fleet industry on a regular basis is vital, simply because technology and innovation – key priorities for those working in it – moves so fast and has an immediate knock-on-effect.

“What is brilliant is that the realisation that efficient and well-run fleet operations are central to business operations has not gone away – if anything, it’s resolve has been strengthened by all the macro-economic uncertainty taking place around the sector. The saying ‘what doesn’t kill you makes you stronger’ isn’t quite appropriate here, but challenges out of the sector’s control have certainly put it to the test – and it’s come out on top as the results show!”