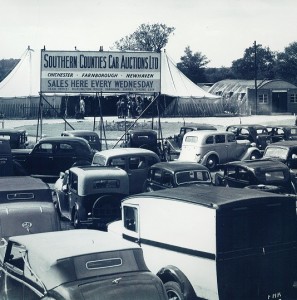 Average value of ex-fleet vehicles is at a yearly high of £7,368, Manheim’s Market Analysis report has shown – with an impressive 10% year-on-year rise.

Average selling price increased for nine of the ten sectors during June.

This was most noticeable with Executive models, which rose by £1,197, and Compact Executive models which increased by £1,066 – both enjoyed considerable age and mileage falls.

The only fall in values was recorded by 4×4 models, which dropped by £890 in June.

This was despite there being no change in the average age, but an increase in average mileage of 689 miles.

Daren Wiseman, Valuation Services Manager at Manheim Auctions, said: “The headline figure of £7,368 has been strengthened by a reduction in age and mileage of cars coming to auction.

“It is also really interesting to see that the average age of de-fleeted vehicles has returned to 48months for the first time since August 2011.

“Over the three years prior to this we saw ages fluctuate between 36 and 48months, which is the traditional cycle for vehicles.

“However, since then the number has edged upwards.

“It will be interesting to see over the coming months if this return to the traditional age is a sign that business confidence is returning to UK Plc and, as such, the fleet and leasing cycle is returning to normal.”

Image courtesy of BCA, with thanks.