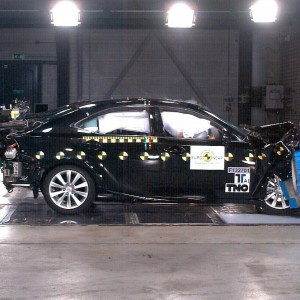 Euro NCAP are currently testing a number of European cars equipped with crash avoidance technologies, with the first results to be published on October 29.

Publication will come in anticipation of the inclusion of such systems in the overall safety rating next year.

The changes follow the completion of detailed protocols to test the effectiveness of Autonomous Emergency Braking and Forward Collision Warning systems.

Euro NCAP will assess both low-speed (‘City’) and higher speed (‘Inter-Urban’) systems to see how well they help drivers to avoid or to mitigate a crash.

A similar protocol has been adopted by the Insurance Institute for Highway Safety (IIHS), who released their first crash avoidance ratings of low-speed systems in the United States last week.

Michiel van Ratingen, Secretary General of Euro NCAP, said: “Systems which help drivers to avoid or mitigate crashes are already in the marketplace and will become commonplace in the coming years.

“Euro NCAP will lead the assessment of such technologies and its protocols will be the benchmark to help consumers differentiate good systems from bad ones.”