Engenie, one of the UK’s largest rapid electric vehicle (EV) charging networks, today announces that it has begun the internal process of re-naming to ‘Osprey’ as it gears up for rapid expansion to meet the demand of a burgeoning EV mass market. 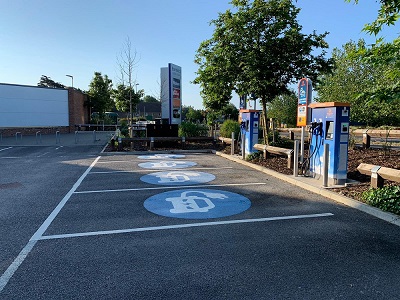 Engenie in move to change its name to Osprey

It is estimated that new limits on public transport aimed at minimising the spread of COVID-19 will lead to an extra one million cars on UK roads*. To limit the impact of this on UK air quality, the government is introducing new incentives to encourage drivers to adopt zero-emission vehicles. These incentives include potentially introducing a £6,000 scrappage scheme for EV buyers and a green number plate scheme, aimed at enabling cheaper parking and cost-free entry into zero-emission zones. These are in addition to existing incentives including the £3,000 EV grant and 0% Benefit in Kind Tax. The result is a rapidly increasing demand for EVs, which in May this year accounted for 21.5% of all new car registrations.

“We are at a tipping point. Pure EV sales are up over 130% year-on-year**, nearly 75% of car buyers are considering an EV as their next vehicle***, and buying a new petrol, diesel or even hybrid car will be impossible in 15 years’ time, says Ian Johnston, the CEO of Engenie. As the market grows, the government incentives needs of EV drivers are significantly shifting. Drivers will not be tolerant of fragmented and difficult to use public charging infrastructure.

“The needs of the mass market customer have been at the heart of our company ethos from day one. We provide rapid and renewable charging points which are compatible with every EV on the market today and are operated by nothing more complicated than a contactless bank card. As EV ownership skyrockets during the UK’s post-COVID green recovery, we want these USPs to stand out with a memorable and unique name – Osprey – which is easily identifiable to all UK drivers.”

“We are at an inflection point – not just as a company but as an industry. Osprey – which evokes feelings of power, speed and clean air – provides a straightforward, recognisable name which encapsulates our long-held values of simple, open-access charging as we become the user-focussed network of choice.”

Today’s announcement consolidates Engenie’s renewed focus on revolutionising customer experience in the EV charging industry, having recently recruited James Wehner, Former Global Product Director at McDonald’s. Bringing his expertise to the EV charging industry, James’ remit at Engenie is focussed on making EV charging as simple and seamless as possible for drivers. He is responsible for delivering a number of initiatives at the company which includes developing and implementing new technology, systems and software that will offer drivers more personalisation and choice when charging their EV. This includes smart screens, similar to the digital self-service kiosks James introduced at McDonald’s, and a user-focussed smart phone app.

The announcement follows a year of rapid growth for the rapid charging network, which has seen its network grow to over 150 rapid EV charge points across more than 110 locations. Significant investment of over £30 million from Cube Infrastructure Managers, combined with multiple partnerships with organisations such as Marston’s, Transport for London (TfL), Brookhouse Group, Reef, Cardiff Council, and Northumberland Estates – among others – has been a key driver of the company’s recent growth.

Having formally started the process of changing the company’s name to Osprey, it will take several months for the re-name to be complete. The process is due to be completed in Autumn this year, when drivers can expect to see the new name and logo on chargepoints. From now until Autumn, the company will continue to operate as Engenie. Customers do not need to do anything and will be fully informed of the official name-change in Autumn. Drivers can still expect the same nationwide network of simple, accessible rapid chargers with contactless payment and on-site amenities before and after the name change. The orange colour and visual branding which reflects the company’s mission to enable ‘cleaner transport for cleaner air’ will remain the same.