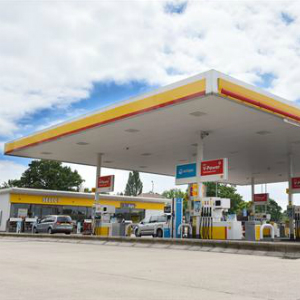 Growing concerns about vehicle emissions and poor air quality have sparked a renewed interest in LPG vehicle conversions. During the last two months, the number of drivers registering their interest to convert their car to run on LPG via the Autogas Limited website (www.autogaslimited.co.uk) has more than doubled the normal monthly volume.

“With its potential for huge cost savings, LPG has always appealed to those drivers looking to reduce their fuel bills, but with the growing concerns about emissions levels over the last couple of months, we’re now seeing a significant increase in conversion enquiries as more fleets and individuals look for cleaner alternatives to diesel and petrol,” comments Linda Gomersall, general manager, Autogas Limited.

Poor air quality is estimated to be responsible for more than 29,000 premature deaths in the UK alone, with vehicle emissions being held largely responsible. However, vehicles running on autogas LPG are significantly less harmful to the environment emitting around 80 percent less NO2 compared with diesel cars and around 98 percent less particulates.

With its better environmental and health credentials, LPG attracts lower levels of duty meaning in addition to being kinder to the environment, drivers can also save around 40 percent on their fuel bills when compared to either petrol or diesel. Indeed, while the average price today in the UK for unleaded petrol is 107.9 pence per litre, LPG is significantly lower at just 55.01 ppl*.

Earlier this year, Autogas established a nationwide vehicle conversion network to provide easier access to high quality LPG conversions. Conversions typically cost around £1,500 for a 4-cylinder petrol engine and once the vehicle is converted, drivers can access more than 1,400 conveniently located forecourt locations around the UK which dispense autogas LPG.

The increase in demand for LPG conversions was also reinforced in an online poll recently by The Mirror in which more than 55 percent of respondents said that they would convert their car to run on LPG.

To find out more about converting your car or van to autogas LPG, visit www.autogaslimited.co.uk/converting-your-car.