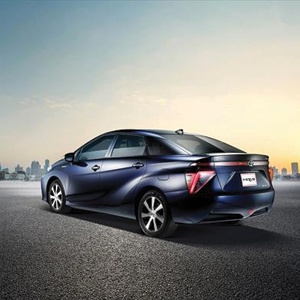 Dubai’s push for a cleaner greener future under the Dubai Clean Energy Strategy 2050, in which the emirate aims to have the world’s lowest carbon footprint by 2050, has resulted in a range of initiatives and incentives across all sectors of industry.

Including the automotive sector, so it’s perhaps no surprise that hybrid and fully electric vehicles have been quietly making an impact in the market.

Earlier this year, the Dubai government announced a range of initiatives to encourage motorists to go green, including free use of charging stations across the emirate until the end of 2019, complimentary ‘green’ parking, free vehicle registration and renewal fees and free Salik tags.

Recognising Dubai’s keenness to go green and the huge potential for the sector, the 2017 Dubai International Motor Show will shine the spotlight on electric mobility, with influential manufacturers identifying the Middle East’s premier automotive event to showcase their latest products and launches to meet the increasing demand for eco-friendly personal transportation.

As the Middle East and Africa’s premier automotive event, the Dubai International Motor Show has established itself as the ultimate sales-driven showcase for global automotive brands and the trusted voice for a passionate audience of serious buyers. The 14th biennial edition will be attended by the world’s leading automotive industry players, including new and returning exhibitors from all over the world.

“It is testament to the diversity of the Middle East’s motoring culture and the visionary Dubai leadership that the leading manufacturers of electric and hybrid cars see great potential in a region that has been dominated for so long by the petrol engine. The Dubai International Motor Show is the perfect platform for these exhibitors to showcase the incredible new technology that is shaping the industry’s future to the region’s car fans,” said Trixie LohMirmand, Senior Vice President, Exhibitions and Events Management, Dubai World Trade Centre.

“The infrastructure for recharging these all-electric cars in Dubai is in place and growing all the time, and we look forward to reaping the benefits of having more zero emission cars being on our roads in the near future.”

Toyota is another major manufacturer making noise in the electric vehicle space with the Mirai, its hydrogen fuel cell electric vehicle (FCEV) that made a first appearance in the Middle East at the 2015 Dubai International Motor Show and one that is surely going to receive greater attention when it forms part of the brand’s display alongside other hybrid electric vehicles including the Prius and another that will be unveiled at this year’s show.

“The zero-emission Mirai is a startling look into the future of mobility and represents a brave step into electric propulsion aiming at improving air quality. The Mirai runs on hydrogen rather than petrol, emitting only water from the tail pipe. In the onboard Fuel Cell Stack, hydrogen combines with oxygen from the air to generate electricity that powers the vehicle’s electric motor and other controls,” said Saud Abbasi, Managing Director of Toyota at Al-Futtaim Motors

Lexus, the luxury automotive brand and the largest supplier of hybrid electric luxury vehicles in the UAE, will be showcasing its range of hybrid luxury cars while keeping the promise of “Experience Amazing”, as will be plenty of other household name marques that see electrification as a vital part of their futures.

The BMW Group is another major automotive player to be showing its market-leading green mobility credentials at the 2017 Dubai International Motor Show. The German manufacturer, which was one of the first to establish a base in the region, back in 1994, and has participated in all 13 editions of the show to date, and has already shown its electric capabilities in the region having introduced the BMW i8, its plug-in hybrid sports car, and the 330e, 530e, 740Le, X5 40e hybrid plug-ins.

“BMW Group engineers around the world are already working today on the mobility of tomorrow and visitors to our stand at the Dubai International Motor Show will bear witness to that – we currently have the biggest line-up of plug-in hybrid vehicles,” said Osman Abdelmoneim, General Manager, AGMC.

“At AGMC, we are committed to constantly evolving our offering to meet the desires of our customers, and we are increasingly seeing demand for hybrid and electric cars as customers pay notice to sustainability and the future.”

No matter your interest in cars, motorcycles, technology or aftermarket tuning and modifications, the Dubai International Motor Show is foremost a family-focused event that will keep young and old entertained with a host of live action spectacles, drifting, off-roading, and interactive motoring simulators.

New and exciting for features for 2017 include Tuning and Styling workshops, which will allow visitors to witness a comprehensive transformation of a standard vehicle; the Legoland Dubai Driving School, a real-life driving experience for children; and the Watch Lounge which will highlight the synergies between watching making, motor vehicles and motor sports.