Are You Driving A ‘Future Classic’? 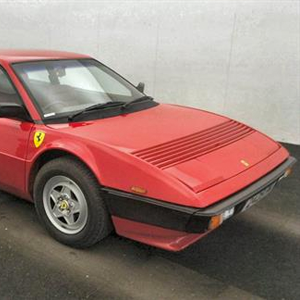 From the highest priced luxury marques to mass market family saloons, most new cars lose part of their value the minute they’re driven off the dealer forecourt and continue to depreciate as they get older.

But there are some affordable cars on the road that could become valuable collectors cars in the future according to BCA, the used vehicle marketplace. Ahead of a special sale at its Nottingham centre on Saturday 26th August, the company has listed its top five future classics.

MINI Convertible/Cabrio (2005 – 2008)– Always desirable, with early models continuing to hold their price well. Demand is set to remain high for the Convertible editions, while the Clubman and Countryman models also have carved themselves a decent niche in the market.

Jaguar XKR Supercharged (2000 – 2006) – added to the XK8 range in 2000, this model boasted a 370 BHP British-made engine and received ecstatic reviews at the time of its launch. This beautifully proportioned coupe is now very affordable.

Citroen C3 Pluriel(2003 – 2010) – The Citroen C3 Pluriel is a modern supermini with retro sensibilities. It is also a convertible or a ‘pick-up’ with the rear seats folded – a combination of useability and quirkiness that seems set to grant it collectable status in the future.

Mazda RX8 (2003 – 2012) – early models are now very affordable and quirky enough, with its rotary engine and suicide doors, to get classic status in the years ahead.

Vauxhall Omega V6 (to 2003) – essentially a souped-up family saloon, the Omega V6 was a favourite pursuit vehicle for Police forces around the country up until it ceased production in 2003. The 3.2 V6 Elite will always be desirable and has a very high specification to go alongside a top speed of 142 MPH.

“If you want a car that has a good chance of gaining classic status in the years ahead – plus the premium values that go hand in hand with that – then there are some interesting choices available to used car buyers”, explained Stuart Pearson, MD BCA.

“Second guessing future trends is never an exact science – after all who would have thought the 1980s would get fashionable again or that vinyl records would come back? Certainly in the collectors’ car market, beauty really is in the eye of the beholder. Rarity does not necessarily make for desirability, nor does an exclusive and limited model run and high ‘list price’ necessarily mean a car will be worth more in years to come.”

Pearson added “BCA has put together a collection of cars ranging from a few hundred pounds to many thousands with one thing in common – all have the potential to acquire classic status in the future.”

The Future Classics sale takes place at BCA Nottingham, Victoria Business Park, NG4 2PE on Saturday, 26 August, commencing at 10.30 am. Over 100 interesting and unusual vehicles are consigned for the sale with numbers continuing to rise as the sale date approaches.

Among the cars on offer, the 2014/64 Aston Martin V12 Vantage Sportshift Coupe will certainly attract a lot of attention from buyers. Finished in black and sitting on 19” alloy wheels, this high performance sports car has covered just over 4,000 warranted miles. Equipment includes climate control, satellite navigation, parking sensors and leather trimmed interior and, when new, these cars cost £138,000.

Those looking for a more sedate ride, the 2001/51 Bentley Arnage 6.8 Red Label Saloon is finished in silver and has a warranted mileage of 46,000. The cream leather and burr walnut interior underlines the quality of the craftsmanship that goes into the manufacture of these ultimate ‘Gentlemen’s Carriages’.

Among a number of starter classics on offer, the 1998 Jaguar XK8 4.0 looks stunning in silver with black leather interior, the 2003 Maxda MX-5 1.6 Roadster is an affordable convertible in silver with black soft top, while the Mercedes-Benz G300 Estate is an interesting alternative off-road vehicle that would benefit from a cosmetic restoration.