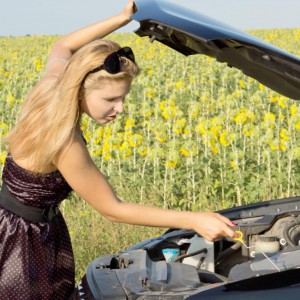 Drivers should make inspecting their engine oil part of a weekly motoring routine, the Institute of Advanced Motorists (IAM) and Mobil 1 have warned.

Research of 1,000 UK drivers has revealed one in five (19.4%) only check their engine oil levels when an instrument panel warning sign is activated.

By the point of instrument panel warning activation, engine oil pressure may have dropped – meaning there isn’t enough oil in the system or insufficient lubrication.

Commissioned by Mobil 1, the study also found 52% of drivers left the important task to others, while 62% said they only changed their oil once a year at most.

One in ten (8.6%) said they had not changed their oil in more than two years, with 45.7% unaware of their vehicle manufacturer’s recommended oil change intervals.

Dan McGoldrick, Field Marketing UK of Nordic and Benelux for ExxonMobil Fuels and Lubricants, said: “People inspect their house smoke alarm and their tyre treads and pressures on a regular basis because these are safety issues.

“We believe everyone should now add an engine oil check to that list.

“It takes just a few minutes and can have a major impact on the cost-effective and smooth running of your vehicle, prolonging its life.

“By the time the warning light is illuminated on the dashboard, it’s possible that lasting damage has already been done to your engine.

“It’s also vital to have your engine’s lubricant changed in line with manufacturer recommendations.”

Tim Shallcross, Head of Technical Policy at the IAM, added: “Oil is the hardest working component in your engine; it makes the moving parts move more easily, keeps the hottest areas cool and absorbs harmful and corrosive exhaust fumes.

“A low oil level or missed oil change is the quickest way to wear an engine out, which not only risks hazardous breakdowns, but can also knock hundreds of pounds off the value of your car.”

Engine oil levels usually drop because the fluid is leaking or finding its way into the combustion process.

This means the remaining oil in the engine has to work harder, becoming dirtier and has a shorter useful life, resulting in compromised vehicle performance.

The consequences of running engines with lower than optimum oil levels can be dramatic, with increased component wear, increased fuel usage, engine over-heating and even total mechanical seizure all possible.