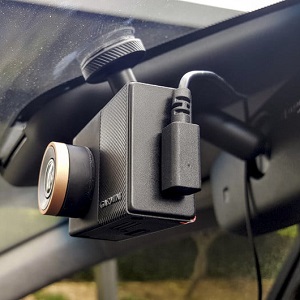 A quarter (26%) of car owners say they would feel safer on the roads if it was the law for all vehicles to have dash cams (dashboard cameras), a small, digital video camera placed on the dashboard, or windscreen, to record the driver’s journey.

A third (32%) of car owners in the survey, commissioned by InsuretheGap.com, an independent provider of Guaranteed Asset Protection (GAP) car insurance, think that all vehicles should be fitted with a dash cam, and 23% believe that as dash cam usage increases, dangerous driving will decrease.

Car owners also felt that dash cam ownership should be linked to lower insurance premiums, with over a third (35%) agreeing that having a dash cam in their vehicle should lower the cost of their car insurance.

A benefit to society-at-large is the third (33%) of car owners who say they will submit dash cam footage of dangerous driving to the police, however interestingly only 6% say that seeing a dash cam makes them think about their driving more.

Car owners are also unsurprisingly unconcerned with dash cams videoing them, with only 7% saying the technology is an invasion of privacy.

Ben Wooltorton, Chief Operating Office at InsuretheGap.com, said: “A dashcam is the equivalent of an independent witness. As well as helping to prove non-fault in an accident situation, its footage can also protect against possible fraudulent claims. More and more car insurance companies are also offering a discount to vehicles with dash cams and dash cam evidence can also speed up insurance claims.”

If drivers are involved in an accident and end up with their vehicle written off, or stolen, they can find themselves still owing money on a vehicle which no longer exists. A Guaranteed Asset Protection (GAP) insurance policy bridges the gap between what a car cost new and the money received from the insurer if a claim is made.  A specialist insurance provider, like InsuretheGap.com, sells GAP policies from just £54.55*. Cover is available for vehicles worth up to £150,000, covering gaps up to £50,000.