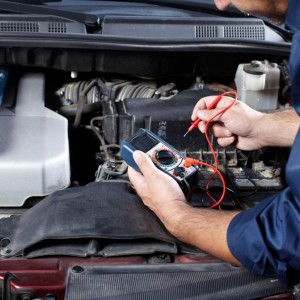 STRANDED: Are you taking a chance?

More than three million drivers are at risk of being left stranded this winter by the failure of their car’s battery, research has shown.

A study by Kwik Fit has found more than 7.5million motorists have experienced problems with their battery in the last year, but only 4.1million of them had it replaced.

This means one in ten drivers are entering the toughest time of year relying on a battery showing signs of potential failure.

And, incredibly, a further 44% of drivers – 14.7million – admit they have never had the health of their battery checked.

Of those who do know how old their battery is, an astonishing one million drivers have one which is more than nine years old.

Roger Griggs, Director of Communications at Kwik Fit, said: “A car’s battery strength is ultimately determined by the amount of ‘work’ it is doing.

“With the ever increasing levels of in-car technology in recent years, such as air conditioning, digital stereo systems and satellite navigation – car batteries are under more strain than ever before.

“Weak batteries could leave drivers stranded or damage the car significantly, leaving people in either a dangerous situation or with a significantly more expensive repair charge than is necessary.

“The battery is the only source of power to start the engine, yet we know that faulty batteries are one of the biggest culprits for causing breakdown calls in the UK.

“It is imperative drivers maintain a good healthy battery if they are to avoid becoming a roadside ‘breakdown’ statistic.”