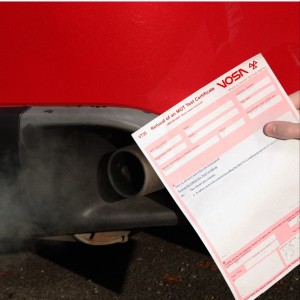 MOT: Emissions cause one in four failures

Petrol cars are twice as likely to fail MOT emissions tests as their diesel counterparts, new data has shown.

Excess exhaust emissions levels account for 26.2% of all MOT failures, with 9.7% of petrol cars tested failing compared to just 3.9% of tested diesel cars.

Of these failure reasons 3.78million were attributed to emissions that exceeded permitted levels.

Bruce Ellis, Research and Development Manager at Redex, said:  “There are a number of possible explanations for the marked difference in MOT emissions failure rates between petrol and diesel cars.

“These include the different driving cycles that traditionally are undertaken.

“But the most obvious explanation is likely to be the MOT test itself.

“Petrol cars are assessed for a high number of gases and hydrocarbons in the exhaust emissions, while diesels are tested only for smoke levels.

“This means that relatively speaking, diesels probably have an easier emissions test than petrol-engined cars.”