Driver CPC ignorance ‘not an option’ 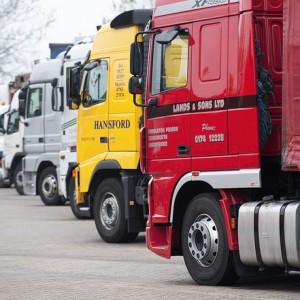 Both drivers and operators must continue to adhere to the legalities of Driver CPC, the FTA claim, if they wish to avoid heavy fines and licence suspension.

The DVSA insist that where their roadside enforcement officers find failings, they will take action.

Between April and October 2013 – a period mostly before the deadline for PSV drivers with acquired rights passed – 35 fixed penalties were issued for Driver CPC offences.

Furthermore, at least one operator received the maximum £1,000 fine for causing or permitting a driver to go on the road without a valid qualification.

James Firth, Head of Road Freight and Enforcement Policy at the FTA, said: “If you’re still thinking the Driver CPC might go away, think again.

“The message is clear – the September 10, 2014, deadline will happen, VOSA is already enforcing it, and failure to comply could see you landed with a £1,000 fine and your licence suspended.

“What the DVSA is telling us suggests that anyone thinking of taking the risk will be pretty much on their own out there.

“We still hear suggestions that some HGV drivers and operators are waiting to see if action is being taken against PSV drivers who are not complying with the requirements of Driver CPC.

“If you haven’t heard anything, it’s probably because most people are complying.

“DVSA has told us that at the roadside the general picture is one of compliance.”

No specific enforcement campaigns against Driver CPC are being undertaken by the DVSA, but every single driver stopped is checked to see if they are satisfying the training requirements.

In the future, these checks by the newly-merged Agency will include compliance with Driver CPC, as they have done for some time.

As well as facing financial penalties, drivers and operators failing to comply with the law could find themselves in front of a Traffic Commissioner.

The Commissioners have powers to suspend vocational driving licences and take action against an operator’s licence.