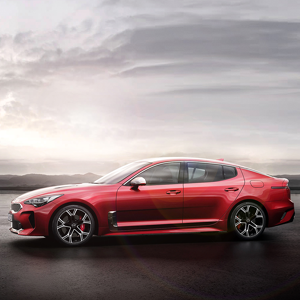 Kia Motors (UK) Ltd is proud to announce that it excelled in two areas of the 2017 Automotive Management Awards last night, winning two prestigious awards for Used Car of the Year and Best Franchise Partner.

Kia’s hugely successful Sportage model was awarded ‘Used Car of the Year’. This AM award takes a multitude of values into consideration, including how well the cars retain their residual value, engagement from retailers and strength of the manufacturer’s used car programmes. The third generation Sportage was on sale from 2010 to 2016, and sold almost 91,000 units in this time, and proves evermore to be a popular choice in the used car market – last year it was the fastest selling used car in the UK. This impressive accolade comes after another success for the third-generation model this year, having already won Diesel Car’s 2017 Used Car of the Year award.

Not only this, but Kia was proud to receive the title of Best Franchise Partner. This award recognises the brand that in the last 12 months has fulfilled on promises made by the manufacturer partner to the dealer network. The judges saw that Kia and its dealer partners have a mutually beneficial relationship, and that it works with – and not against – the retailers’ business plans. Judges also recognised the clear and effective lines of communication in place and the high level of confidence in both parties.

Paul Philpott, President and Chief Executive of Kia Motors UK received the awards and commented: “This is a great acknowledgment of what we and our dealer partners have sought to do over recent years! Giving customers a great experience, delivering fantastic new and used products and working to ensure that we have a profitable and sustainable partnership has helped us achieve the growth we want. These awards are a tremendous recognition of all that hard work”.

In addition to this, Kia UK’s dealer network received awards for their success including Milton Keynes Kia and Bletchley Kia for being the best retail group.