John Mcguinness: A Life Behind The Bars 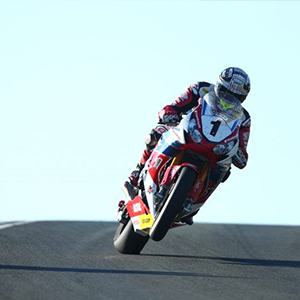 With preparations for the start of the road race season in full swing, with prestigious events such as the North West 200 and the Isle of Man TT, we’re delighted to bring you a special video – part of Honda Pro Racing’s ‘A Life Behind The Bars series’ – featuring Honda Racing’s John McGuinness.

An absolute legend on the roads, McGuinness has scored 23 TT wins in his career and is still considered as one of the men to beat around the 37.75-mile Mountain course.

We delve into the life of the Morecambe Missile, where he talks about his childhood, the major influences on his career and just what it takes to become a multi TT winner.