Double Premiere For Mazda At The Tokyo Show 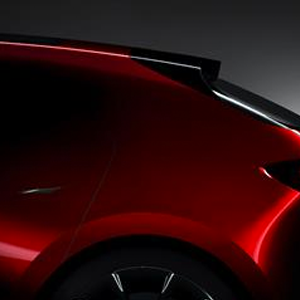 Mazda Motor Corporation will exhibit two concept models at the 2017 Tokyo Motor Show: one that heralds the company’s next-generation products and another that embodies the direction of its next-generation designs.

Mazda is also featuring the SKYACTIV-X petrol engine as a technology exhibit at the show, which opens to the public from 28 October through 5 November after press days on 25 & 26 October.

The product concept, a compact hatchback that fuses next-generation technology and design, makes its world premiere in Tokyo. It features SKYACTIV-Vehicle Architecture, next-generation technologies based on Mazda’s human-centred design philosophy that deliver optimum functionality, and is powered by the SKYACTIV-X, the world’s first* commercially available petrol engine to use compression ignition. The upshot is dramatically refined dynamic performance to go with an eye-catching exterior.

Also displayed will be the Mazda CX-8, a new three-row crossover SUV with major upgrades to the SKYACTIV-D 2.2 clean diesel, as well as a special edition Mazda MX-5 Red Top. The Mazda CX-8 will be on sale in Japan in December. The Mazda MX-5 will feature a dark cherry red canopy and auburn nappa leather upholstery.

“In August, we announced Sustainable Zoom-Zoom 2030, our long-term vision for technology development setting out how Mazda hopes to use driving pleasure, the fundamental appeal of the automobile, to help solve issues facing people, the earth and society. The vision commits Mazda to substantive cuts in CO2 emissions, and we believe the best way to achieve this is to reduce emissions under real-world conditions while offering a mix of combustion engines and electrification technologies in consideration of each region’s energy situation and energy mix,” said Mazda’s Representative Director, President and CEO Masamichi Kogai. “Our stand this year marks the beginning of a new era for Mazda. We will showcase a concept with the design and technologies that will define a whole new generation of Mazda cars. Among them is SKYACTIV-X, a petrol engine that achieves a long-held dream in the global automotive industry.”