Don’t Risk Lives By Using Your Phone When Driving 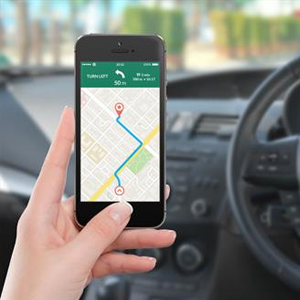 ROAD SAFETY and breakdown specialist GEM Motoring Assist is urging all drivers to put safety first and refrain from using their phones at the wheel. The call comes six months after new, tougher sanctions were introduced for drivers caught using a hand-held mobile phone…. yet figures show thousands of drivers are not heeding the warnings.

GEM road safety officer Neil Worth commented: “It is very worrying to know that more than 200 drivers were still being caught using their phones illegally every day, months after the new penalties were brought in.

“These drivers cannot or will not heed the message that using a phone while driving is a serious offence, because it puts not only a driver’s safety at risk, but also the safety of other road users.

“The risk comes not only from the physical distraction of holding a phone while driving, but also from the mental distraction every driver faces when trying to do something else other than drive.

“We all have 100% concentration available at any one time; anyone deliberately allowing some of that concentration to be directed at something other than the driving task is comprising safety.”

Figures from the Department for Transport show that 22 people were killed and another 99 seriously injured in collisions in 2015 where a motorist using a mobile phone was a contributory factor.

Don’t text, check social media or set the satnav
The new penalties don’t just apply to drivers talking on a hand-held phone, explained Neil Worth. “Composing text messages, reading text messages, browsing the internet, taking pictures with your phone’s camera and programming a satnav app on your handset are all illegal while you’re driving,” he said.

“If you rely on your phone for navigation, the safest approach is to ensure you have a proper hands-free installation mount and you programme your destination before setting off.

“If you then need to adjust the route, or doing anything else with your mobile phone, find somewhere safe to park, then switch your engine off and put your parking break on.”

Video reminder
GEM’s ‘Kill the Conversation’ video sets out the revised penalties for using a mobile phone and demonstrates the risks of using a phone while driving.