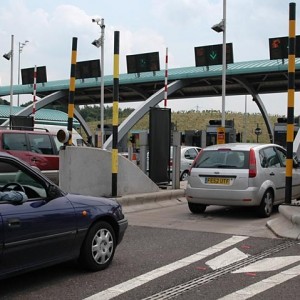 The M6 Toll has produced no net benefit for drivers while causing ‘huge and irreversible’ environmental damage, a damning report has found.

Produced by Campaign for Better Transport, the report – which marks the tenth anniversary of the M6 Toll – has concluded the road initiative has failed.

Statistics show patronage of the M6 Toll has fallen year-on-year since 2006/07, and has never come close to predicted levels of 75,000 vehicles per day.

The report also claims the road has not relieved problems on the M6, with average daily traffic levels on the un-tolled motorway increasing by 1.5% between 2006 and 2012.

Sian Berry, Roads and Sustainable Transport Campaigner at the Campaign for Better Transport, said: “Toll roads don’t work and the experience with the M6 Toll proves as much.

“This road has helped no one, not local people, not drivers and certainly not the company who own it.

“We’re glad to see the government has finally paid attention to the disastrous experience of the M6 Toll and abandoned plans to toll the A14 bypass.

Chris Crean, of West Midlands Friends of the Earth, added: “The focus then and now has been for inter-urban journeys across the countryside where it is easy to acquire land and lay tarmac.

“This has failed to address the real problem: traffic and car dependency in our unavoidably space-constrained towns and cities.

“We have not dealt with this fundamental issue.

“We can and should invest in all the viable alternatives to ensure we all have better quality of life, reduce car dependency and use the planning system to create truly vibrant and sustainable places in which to live.

“This would have seen enhanced bus, rail and metro investments, as well as encouraging walking and cycling across the west midlands conurbation, not an orbital road.”