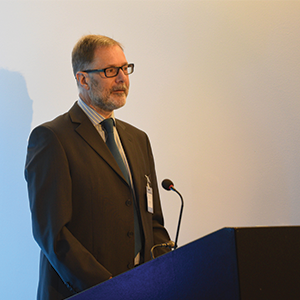 Descartes Systems Group (Nasdaq: DSGX) (TSX:DSG), the global leader in uniting logistics-intensive businesses in commerce, has announced it is working with the Driver and Vehicle Standards Agency (DVSA).

The executive agency responsible for setting, testing and enforcing driver and vehicle standards in Great Britain, on the recently launched Earned Recognition pilot.

By rewarding compliant operators with fewer checks in return for access to their compliance data, Earned Recognition will help the DVSA focus its resources on the seriously and serially non-compliant. Accredited and compliant operators will, in turn, avoid roadside checks and any associated delays, expense or impact to their customers.

Additionally, the latest release of Descartes SmartLicence™ provides transport operators with the ability to automatically validate drivers’ CPC certificates and digital tachograph cards alongside the driving licence. Checks are conducted in accordance with the risk profile of a driver, and any changes to the licence, such as new points, are highlighted in standard reports and can be configured as an automated email alert.

“Today’s pressures demand a far more efficient, compliance-led approach in road transport operations, which we at Descartes are passionate about helping operators achieve. We’re therefore very pleased to support the DVSA on the Earned Recognition pilot,” said Andrew Tavener, Head of Marketing, Descartes Systems UK. “We have a good working relationship with the DVSA, the benefits of which we are keen to pass on to our customers. Each year, Descartes hosts its UK Customer & Partner Event, which we are delighted to announce the DVSA will be presenting at – on Road Transport Compliance and Earned Recognition – for 2017.”

The DVSA will join a host of esteemed speakers at the Descartes UK Customer & Partner Event 2017, taking place on Tuesday 7th November, including representatives from DPD, Diageo, Martinspeed and HM Revenue & Customs.