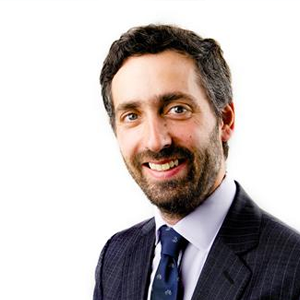 Tantalum highlights the need for action and urges businesses to join its Air.Car trial to support research into creating healthier cities.

According to a new report by the Royal College of Physicians and Lancet Countdown, 44 UK cities are in breach of recommended World Health Organization (WHO) guidelines for air quality. This is yet another piece of scientific evidence that highlights the vital need to address the UK’s air pollution crisis, says Tantalum Corporation, as it prepares to launch the trial of its ground-breaking Air.Car initiative.

The report’s authors, including some of the most senior doctors in the country, said the UK government must act on air pollution as a matter of urgency by expanding Clean Air Zones nationwide, and implementing them quickly in the most polluted cities. The Government’s own technical paper states quite clearly that charging Clean Air Zones, where older more polluting vehicles have to pay to enter, are the only way to bring down pollution levels to legal limits.

“With air pollution levels registering higher in Glasgow than in London, it’s not just a problem for the Capital, and we are supporting demands for Clean Air Zones to be rolled out across the UK,” comments Matthew Pencharz, Business to Government lead on the Air.Car project for Tantalum Corporation.

Tantalum calls for firms to join the trial of its Air.Car initiative, a funded project to accurately estimate NOx emissions across the country. The data gathered will be used to define how best to reduce congestion and air pollution, in turn creating healthier cities. World-leading engineering university Imperial College London will assist in developing and verifying the technology to accurately estimate NOx emissions.

“The Government clearly has concerns about the financial impact Clean Air Zones will have on drivers, but smart technology such as Tantalum’s Air.Car, can charge people on the actual environmental impact of their journey, not the car they drive,” continues Matthew Pencharz.

“This smart and fair approach would give power to drivers to reduce their own pollution emissions, which could be halved through better driving, and in turn pay a lower charge for driving in cities. Such a smart system would also capture co-benefits such as incentivising calmer driving thereby making the roads safer. The good news is that firms can play an important role in our ground-breaking research, allowing them to be a key influencer in cleaning up the air in our cities.”