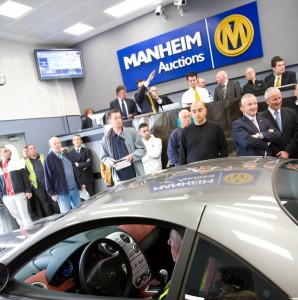 Ex-fleet vehicles sent to auction are at a record-high average selling price, Manheim have revealed.

The remarketers’ latest Market Report for October 2013 has highlighted that the average defleeted vehicle fetched £7,724 – a £833 year-on-year increase and £395 up on September.

Average age remained static from September to October at 49months, with average mileage decreasing by 976, to 55,547.

Year-on-year figures, however, show the average age of vehicles at auction has returned to 49months, and mileage dropped to 3,206.

“However, as a word of warning, while the headline figure has no doubt been bolstered by a reduction in mileage of the cars coming to auction, the big picture is that, although volumes have risen following the September plate change, the market is set to stabilise over the next few months.

“As we head towards 2014, demand is set to remain high, as buyers pick up stock for the Christmas period, but there will be a price adjustment across the entire de-fleet sector.

“As a note of caution to fleet managers, this price adjustment means that future residual values should not be based on current vehicle performance at auction.”