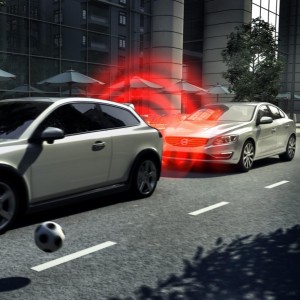 Five-star Euro NCAP safety ratings may soon only be awarded to cars that can avoid or reduce crash impact, Thatcham Research have insisted.

Thatcham, the British motor insurers’ automotive research facility, carried out half of the tests, and claim AEB marks the way forward for road safety.

The institute have been researching and testing AEB systems on behalf of insurers for the last three years, carrying out hundreds of tests on numerous new vehicles.

Peter Shaw, Chief Executive of Thatcham Research, said: “The vast majority of major vehicle manufacturers are already providing AEB technologies on their vehicles and such is their effectiveness, we are delighted that international safety body Euro NCAP will incorporate the Thatcham led test as part of their overall vehicle safety standard in 2014.

“We expect that, by 2016, cars will find it increasingly difficult to achieve a 5-star rating unless they have this powerful safety measure.

“UK insurers are already offering favourable insurance groupings on vehicles fitted with AEB as standard – a clear sign of its effectiveness.

“The evidence from our testing is undeniable, and combined with a growing body of real world research and evidence we firmly believe that AEB and other Advanced Driver Assist Systems have a critical role to play in avoiding both common low-speed bumps that can cause injuries such as whiplash, and mitigating injuries and fatalities from medium-speed crashes.”