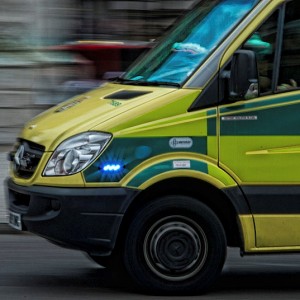 South Lanarkshire Council have been fined £50,000 after a driver was crushed between the lifting hoist and the side of a refuse vehicle.

He required extensive surgery to repair damaged arteries and had to most of his colon and small bowel removed.

Mr Maitland has since returned to work – despite no longer being able to eat and digest food as normal and requiring to be fed intravenously.

Mr Maitland was one of a three-man crew and had been driving a glass recycling vehicle when the side lifter jammed in an upright position.

He unplugged the side lifter’s pendant control unit and took it into the vehicle’s cab to dry out – something which had been done in the past when unexpected stoppages had occurred.

Shortly later he went back outside to reconnect the pendant control unit, but the vehicle’s engine had been left running, which meant power was delivered to the mechanism.

The hoist activated and lowered, trapping him by his torso against the vehicle.

HSE determined the incident occurred due to inadequate risk assessment, the lack of a safe system of work, and a failure to provide adequate information, instruction, supervision and training.

The court heard the pendant control units were prone to malfunctioning, especially in cold and wet weather.

A practice had developed, of drivers and vehicle crews dealing with the problem by unplugging them and taking them into the cab to dry and warm them.

This did not take long and once warmed and re-attached, allowed the vehicle to resume work without the need to wait for maintenance staff to arrive.

Although the council’s safe system of work stated employees should not attempt to repair faulty equipment and that any defects should be reported, it failed to specifically mention the removal and reconnection of the pendant controllers.

Following the incident the council carried out a review and amended their system of work to prevent a recurrence.

Eve Macready, HSE Inspector, said: “Mr Maitland is clearly fortunate not to have died as a result of this incident and the surgery that was required was truly lifesaving.

“He has, however, been left with serious, life-changing injuries and only time will tell what complications may arise in relation to his medical condition.

“South Lanarkshire Council understood the risks of working with such vehicles but although supervisors were aware of this developing practice relating to the removal of the pendant controllers, they did nothing to discourage it.

“The systems of work in place should have triggered activity to stop this practice or review existing arrangements.

“This was combined with insufficient training and instruction for employees involved in operating these vehicles and South Lanarkshire Council failed in its duty to protect its employees.”

Image courtesy of I.bailey_beverley, with thanks.