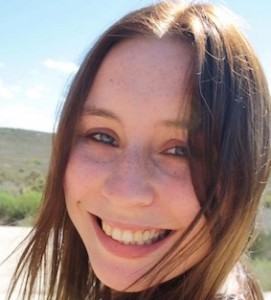 In our latest Expert Blog, Kate Haywood, of Car Loan Warehouse, explores how to get an importance balance right…

Today things are moving faster than ever – customers want faster deliveries, quicker taxis and for delivery services to keep up with progressive and advancing technologies.

The Bugatti Veyron can go faster than 250mph, so why can’t your fleet utilise some of this technology for a 150mph delivery van?

The answer is always the same – health and safety.

Nobody would allow a lorry pulling about 30tonnes to travel as fast as that, not to mention the fact that the speed limit is only 70mph (and even lower if towing a trailer, articulated, or over certain weight thresholds) – it’s about finding the right balance, an equilibrium between safety and speed.

If you’re a delivery driver, or work in any part of a haulage or logistics company, you’ll be aware of the differences in speed limit depending on your weight or vehicle type, but these speed limits are different for a reason.

The more weight behind an object travelling at high speeds, the harder it is for that object to slow down, and only a few mph difference can exponentially increase the difference in stopping distance.

If you’re the driver of an HGV, you probably won’t like these limits – but they’re there for one reason, to save lives.

The limits for goods vehicles between 3.5 and 7.5tonnes is currently 30mph in built up areas, 50mph on single carriageways, 60mph on dual carriageways and 70mph on motorways, with the boundary being 10mph less in a HGV over 7.5tonnes on a lot of roads.

You might think this is too low, and even the government agreed for a short while (and sought to increase these in late 2012) but the motion was rejected, as the suggested increase of 5-10mph increases the stopping distance by about 50ft (more with heavier loads) and that is too much of a risk to take when you’ve got people’s lives in the balance.

Risks increase as you start to think about everything going on in the cab of a delivery van – not only are these drivers used to travelling long distances, driving through the night, battling tiredness and fatigue, but they’re also being contacted via phone and radio inside of the vehicle.

If they’re running behind, they may have to contact the client and let them know – all of these distractions lead to an increase in thinking time between spotting a hazard and breaking, further increasing the total stopping time.

Considering the number of external factors, the average stopping distance of a lorry travelling at 60mph is just over 300ft, compared with just 130ft in a passenger car – so you can understand why these laws are in place.

There have been innumerable news items about crashes involving HGVs, sometimes resulting in death, but always resulting in a massive cost to the business the truck belongs to.

Even if there’s nothing the driver could’ve done, another road user was at fault and their insurance pays for the repairs, the cost of that wagon being off the road, the cost of the damaged stock belonging to your client and potentially the loss of that client can be devastating to a small business.

If you’re just getting going in this business, the cost of outstanding finance on a truck that has been written off can mean the end of your firm before it’s had the chance to start.

We all want our business to be the best, the fastest and the most popular, but it isn’t worth sacrificing safety for speed.

Pileups on the M1 aren’t big and they aren’t clever.

Safety is and will always be paramount – the customers will keep coming back to the haulage company who delivered their product safely and on time.

This year, the UK became the first country to

Now is the time to power on...

Never has the spotlight been so strongly focused on

The new landscape for parki...